Hair Transplant: What you should know about hairline 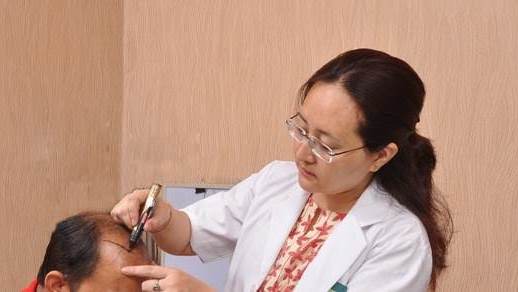 Hair and appearance of a person go hand in hand as it forms a prominent feature in one's physical appearance and more so in facial profile. Hair loss in men generally starts as a recession of hairline in the frontal and temporal region. This is the first thing which one notices.

This can be due to androgenetic alopecia, certain auto-immune problems, the hormonal problem like the thyroid problem. Whatever may be the reason for hair loss, the primary aim of treatment is to restore the hair and hence the appearance back.

The restoration of the facial profile by hair transplant largely depends on how the hairline is designed and recreated. Receding hairline can give impression of older look than the actual age.

While recreating a hairline, the important question is where to make it or place it?
The answer should be sought by the discussion with the surgeon and one should not push the surgeon to make the hairline excessively low. The surgeon will assess the scalp and be keeping in mind all possibilities of future hair loss, they will recommend the strategy for the hair transplant.

The hairline should not look obvious and should be created according to the facial characteristics of the patient.

It should be created in such a way that it looks appropriate for age and face otherwise it will look very obvious. If a person wants to undergo hair transplant at a mature age then hairline should be such that it looks like a mature hairline and not hairline of teenage.

Another point to be kept in mind is that in very young patients or patients with progressive hair loss, one should be careful while designing hairline and should keep in mind the limited donor reserve.

To sum up there are certain factors that one should keep in mind while designing and recreating hairline such as age of the patient, facial characteristics, amount of donor grafts available and existing natural hairline.