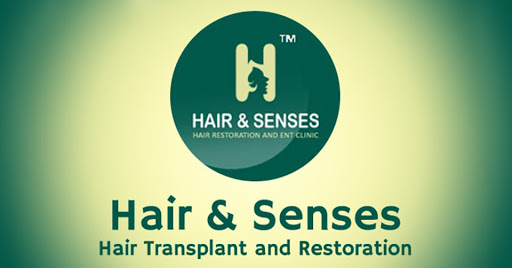 As per a World Health Organisation (WHO) estimate, more than 90% of the world’s population lives in areas that are heavily polluted. In addition, the study says that close to 4.2 million people die every year because of outdoor air pollution. Continued exposure to air pollution is among the most important reasons for increase in heart attacks, diseases of the lung - including cancer and Tuberculosis (TB) as well as cognitive impairment in children. And if the above were not enough, a recent study at the 28th European Academy of Dermatology and Venereology Congress in Madrid has concluded that air pollution could also lead to hair loss.

We will detail the study and address the question of how pollution impacts hair fall. But it needs to be said that for those living in India (or in large parts of the developing world) this is not good news. Indian cities in particular are among the worst polluted. In fact, nine out of the top 10 polluted cities in the world are Indian. Major pollutants in cities include PM10 and PM2.5 - these are particles with a diameter of 10 or 2.5 micrometers which can include dust, nickel, lead, smoke, arsenic, sulfur as well as nitrogen dioxide. And some of the common sources of these pollutants are burning of fossil fuels, industrial waste, mining, manufacture of building materials like bricks or cement.

As far as establishing a link between hair loss and pollution is concerned, the recent conclusions at the Madrid Congress are not new. A 2015 study titled ‘Understanding Hair Loss due to Air Pollution and the Approach to Management’ had in-fact stated the same in no certain terms. It said that, “Young patients recently shifted to metro cities are presenting with prickling in the scalp, itching, dandruff, oily scalp, and pain in the hair roots. Various studies have identified this as ‘Sensitive Scalp Syndrome’ resulting from exposure to increasing levels of air pollution.” The study went on to say that pollutants settle on the scalp and “migrate into the dermis, transepidermally and through the hair follicle conduit, leading to oxidative stress and hair loss.”

Additionally, it has also been found that increased exposure to pollutants also leads to reduced levels of proteins that enable hair growth and retention namely—beta-catenin (a multifunctional protein), Cyclin D1, Cyclin E and CDK 2 (cyclin-dependent kinase 2, also known as cell division protein). These proteins not only enable hair growth but are also responsible for regeneration and regulation of follicles.

For a while now, we knew the reasons for hair fall and baldness—they were genetics, hormonal, and often induced by a sedentary life-style. However, hair loss and baldness due to pollution is a new addition to the reasons. The full ramifications and impact is still unknown. Therefore, for those concerned about their looks and the impact of pollution on the health of their hair, it is best to consult an expert and understand the problem in its entirety.

The problem of air pollution concerns everybody and puts all of us at the risk of multiple diseases—including hair fall. However, you need not panic or stress. To begin with, put yourself on a routine of healthy diet and lifestyle. Take the necessary precautions and meet your expert regularly. Take counsel and tailor a plan as per your needs. If you care about your well being and want to prevent hair fall, then you should start today.